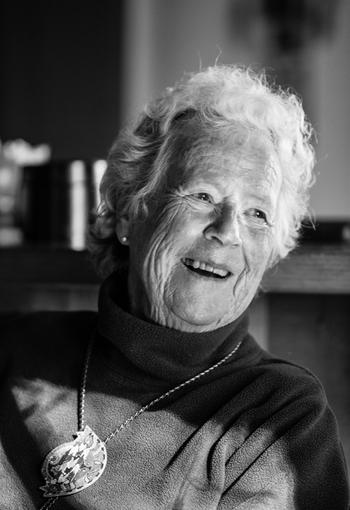 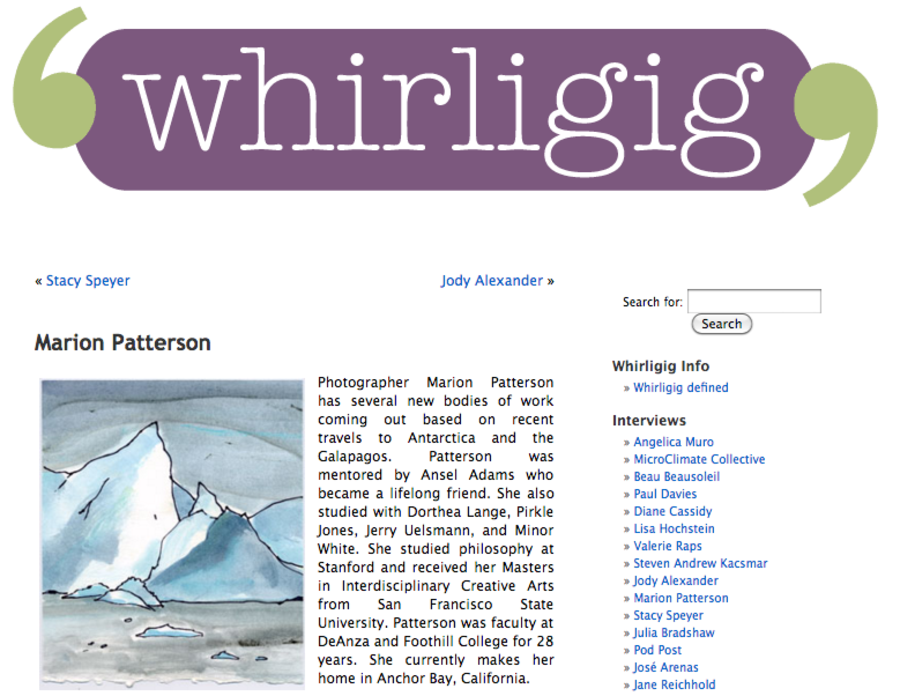 If you want to see more recent works, browse my Gallery. 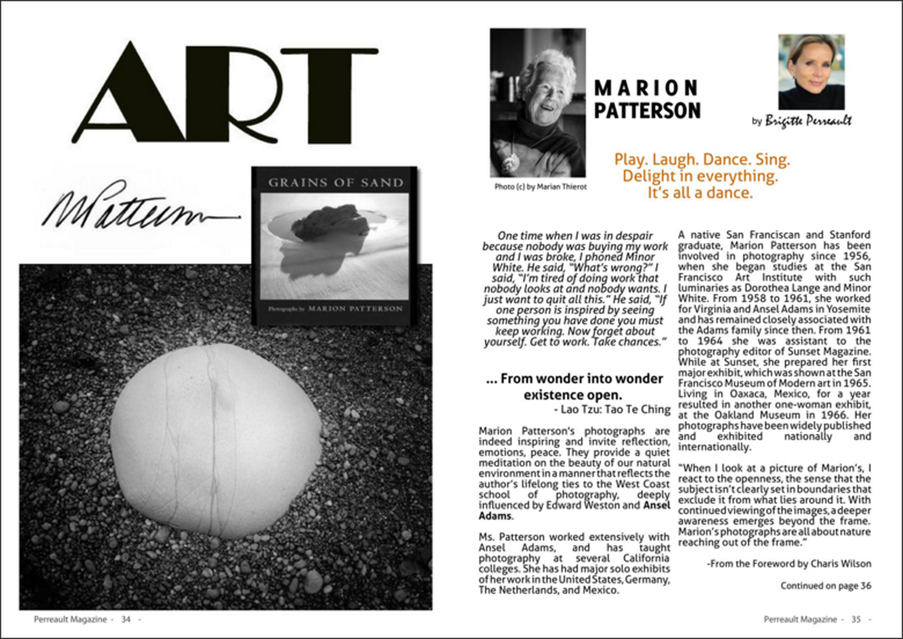 The Artist in Media 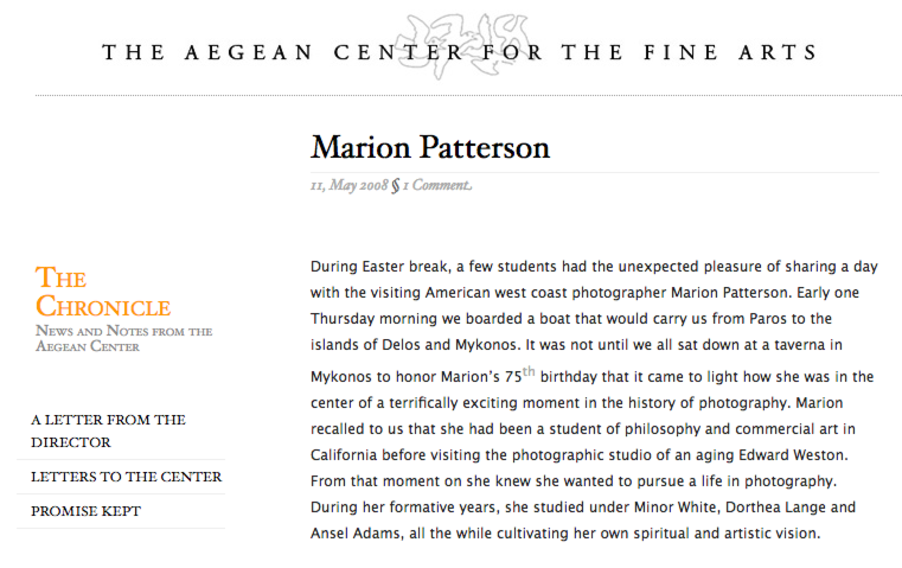 Her photographs have been widely published and exhibited nationally and in Mexico, Belgium, Germany, and the Netherlands. Her travel and fine art images range from images of Antarctica, the American Southwest, North and South America, China, Tibet, among others. She is particularly known for her close-up photographs of what she calls the Intimate Landscape. Patterson now resides in the northern California coastal town of Gualala where she continues to photograph and paint. 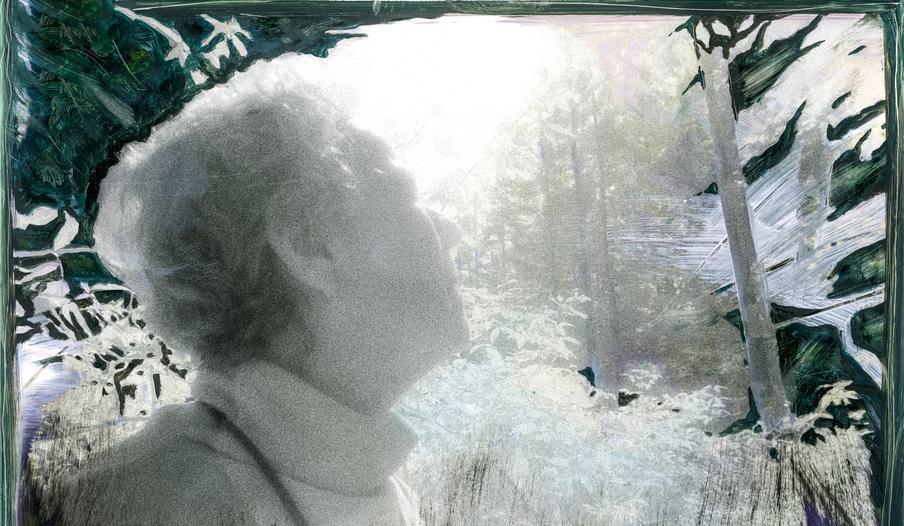 A native San Franciscan, graduate of Stanford University and with a master’s degree from California State University, San Francisco, Marion Patterson has been seriously involved in photography since 1956, when she began studies at the San Francisco Art Institute with such luminaries as Dorothea Lange and Minor White. From 1958 to 1961, she worked for Virginia and Ansel Adams in Yosemite and has remained closely associated with the Adams family since then. From 1961 to 1964 she was assistant to the photography editor of Sunset Magazine. While at Sunset, she prepared her first major exhibit, which was shown at the San Francisco Museum of Modern Art in 1965. Living in Oaxaca, Mexico, for a year resulted in another one-woman exhibit, at the Oakland Museum in 1966. In 1968, Patterson began teaching at Foothill and De Anza Colleges in California, later becoming chair of the Foothill photography program. She has taught workshops for University of California Santa Cruz Extension among others.